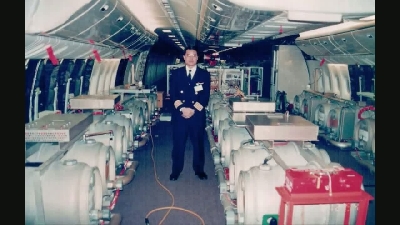 „I was lucky that I was given an opportunity to visit the newly built B777 at that time. This was taken inside the first B777 plane, which was still under test. Here, you may see many "beer barrel" installed in the cabin from front to the rear. These barrels wre filled with water and to test the C of G (centre of gravity) of the plane in any given flight condition, the water inside was transferred from one to another.“ 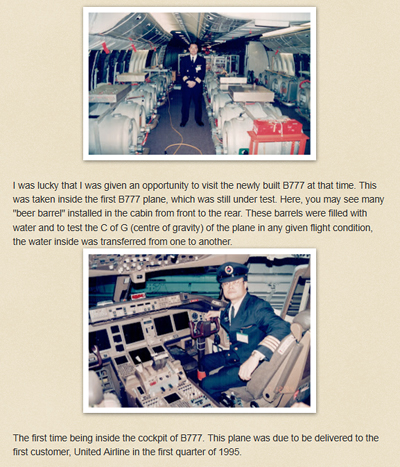