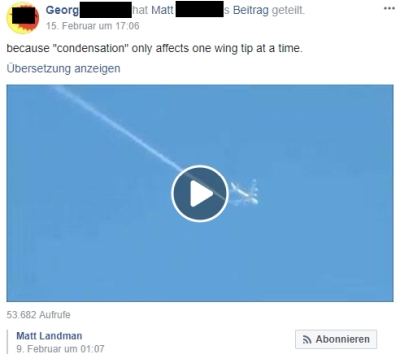 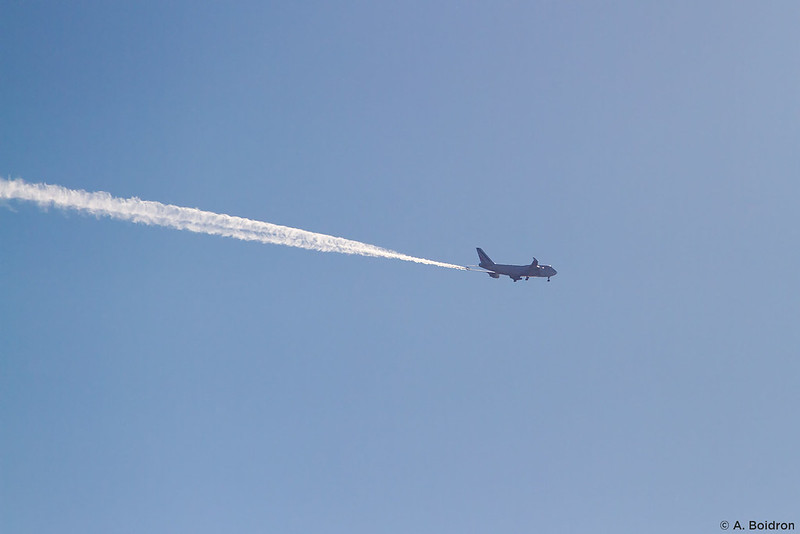 „Fuel dumps on aircraft like the 747-400 are generally done symmetrically, in that the drill is to set the fuel remaining value that you want and open both wing jettison valves. This initiates the pump sequence. You want the fuel out of the big centre wing tank first, followed by the fuel in the larger inboard wing tanks. The system will do this automatically.

Once the centre tank is empty and the system senses an imbalance between the two inboard tanks (main 2 and 3), it shuts down the pumps in the tank with the lower value until balance is restored.

I thought that this would be the answer here but the schematic reveals a fuel cross flow manifold in the system that should still have fuel coming out of both jettison valves in this situation. It is pictured just above the STAB tank.

So the only real answer here as far as I can see is that one of the jettison valves failed to open.“ 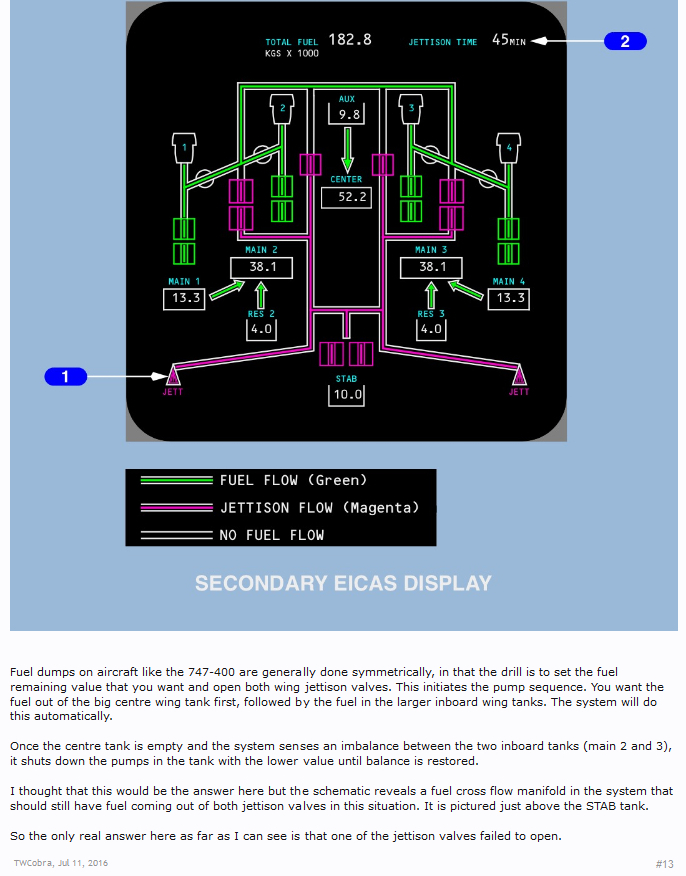