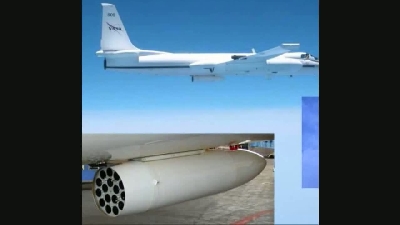 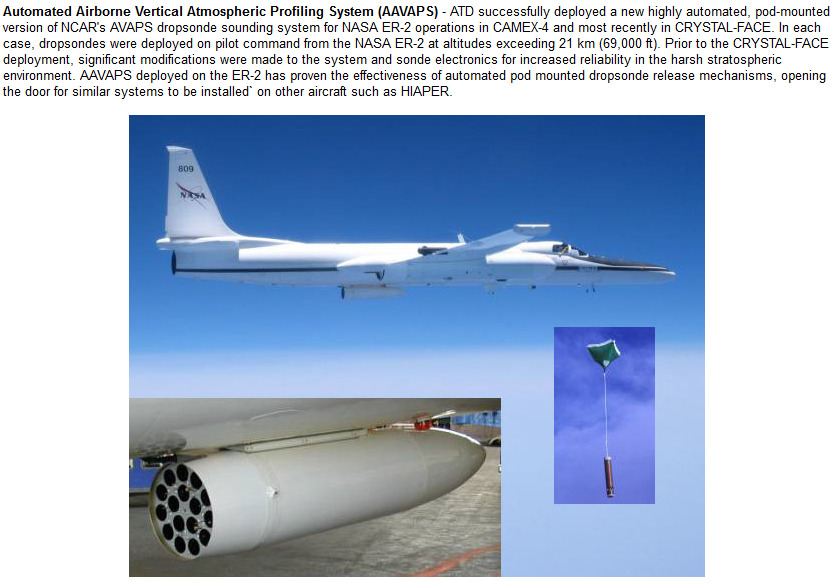 „ATD successfully deployed a new highly automated, pod-mounted version of NCAR's AVAPS dropsonde sounding system for NASA ER-2 operations in CAMEX-4 and most recently in CRYSTAL-FACE. In each case, dropsondes were deployed on pilot command from the NASA ER-2 at altitudes exceeding 21 km (69,000 ft). Prior to the CRYSTAL-FACE deployment, significant modifications were made to the system and sonde electronics for increased reliability in the harsh stratospheric environment. AAVAPS deployed on the ER-2 has proven the effectiveness of automated pod mounted dropsonde release mechanisms, opening the door for similar systems to be installed` on other aircraft such as HIAPER.“